DeVotie Baptist Church
Est. June 2, 1891
The DeVotie Baptist Chapel, named for Dr. J.H. DeVotie, pastor of the First Baptist Church of Griffin, began meeting in 1888. On January 31, 1889, the first Baptist Church purchased a one-half acre lot from Mrs. Elizabeth Dickinson for fifty dollars and Rev. A.C. Smith became pastor of the chapel which was located one-fourth mile north of the city limits on Old Atlanta Road. The DeVotie Baptist Church was constituted on June 2, 1891 and named for Dr. DeVotie four months after his death. On February 16, 1891, Rev. Smith had asked that the church be constituted due to its rapid growth and fifty-two members of First Baptist Church were granted letters to become charter members of the new fellowship. In 1895, under the leadership of pastor W.U. Kendrick, the new church with 92 members joined the Flint River Baptist Association. Z. E. Barron was elected to fill the unexpired term of Pastor J.A. Bonner on April 2, 1905. He stayed only a few months and in September 1905, along with a large group of DeVotie members, formed the Second Baptist Church of Griffin in the Old First Christian Church. On November 19, 1905, J. P. Cooper became pastor and a resolution was adopted “to invite Second Baptist Church of Griffin to cooperate with us in our Christian work.”

In April 1908, the original church was destroyed by a tornado and it was wisely decided to locate about a mile north on the opposite side of the railroad. The new building was in use by December of that year. Oil lamps were used until after 1917 when the city ran an electric line to the church. In March 1928, quite a few members were lost to the newly organized Highland Baptist Church. Two months later, the DeVotie Sunday School annex was under construction. In January 1937, Wilson Walker became the full-time pastor. In 1938, the middle Sunday school building was completed and in 1953, the three-story building behind the auditorium was completed. When Faith Baptist Church was organized in 1947, DeVotie again lost a large number of members. Gordon V. Woods was called in 1949 and a year later the DeVotie Brotherhood began the Hammond Drive Mission which was constituted into a church in 1952 with more DeVotie members. In 1956, Gordon V. Wood and over one hundred members withdrew to organize the Crestview Church. Homer Fowler became pastor in 1957 and in 1958 as the new pastorium was being dedicated, ground was being broken for the new auditorium. The sanctuary was dedicated in 1959. In 1986,
renovation was underway for the sanctuary. The renovation was finished and dedicated on October 4, 1987. In 1991, the church purchased the property behind the church for future expansion. Also in 1991, the church celebrated its Centennial Celebration with a total membership of 680.

In 2004, the first major addition since 1958 was completed. The new two-story addition included additional restrooms, offices and choir room. However, the most important component was the addition of an elevator. As technology continued to become an ever-useful tool, DeVotie continued to adjust with the times. A multi-media projection system was installed in the sanctuary in 2005. A church website was introduced and social media became an important means of communication in addition to the continuation of the weekly bulletin. In the summer of , DeVotie held it’ s first community-wide block party. This was the largest outreach event in the history of the church, reaching nearly 1,000 community members. The event has continued annually. Presently, five hundred book bags full of supplies are given to children in the DeVotie community each summer.

In 2008, DeVotie began a partnership with Belief in Motion, an organization ministering to the people of Romania. The church sent a team of five on the first trip. In the summer of 2016, the church will send it’s fourth group to Romania to work alongside the missionaries and minister to those in need.In the summer of 2014, major renovations began to the Youth Department under the direction of Youth Pastor Daniel Foster. Renovations included adding a stage to the space and updating lighting and sound elements. The renovations were complete in October and the first service was held on October 22 in the newly designed space. As we celebrate 125 years, DeVotie Baptist Church continues to grow and serve God by “reaching up” to Him through worship, “reaching out” to a world in need and “reaching in” to encourage and love one another. We eagerly anticipate future milestones including the opening of the time capsule in 2041. 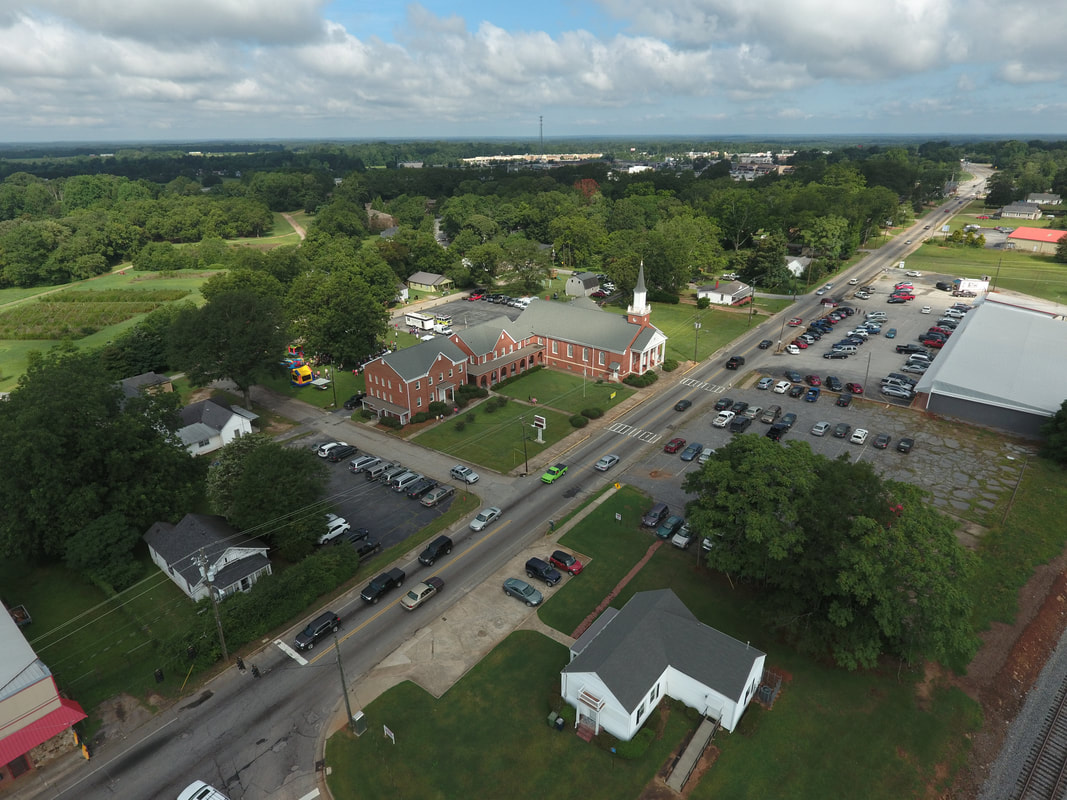